Home Banana and Plantain Why I Returned to the Farm 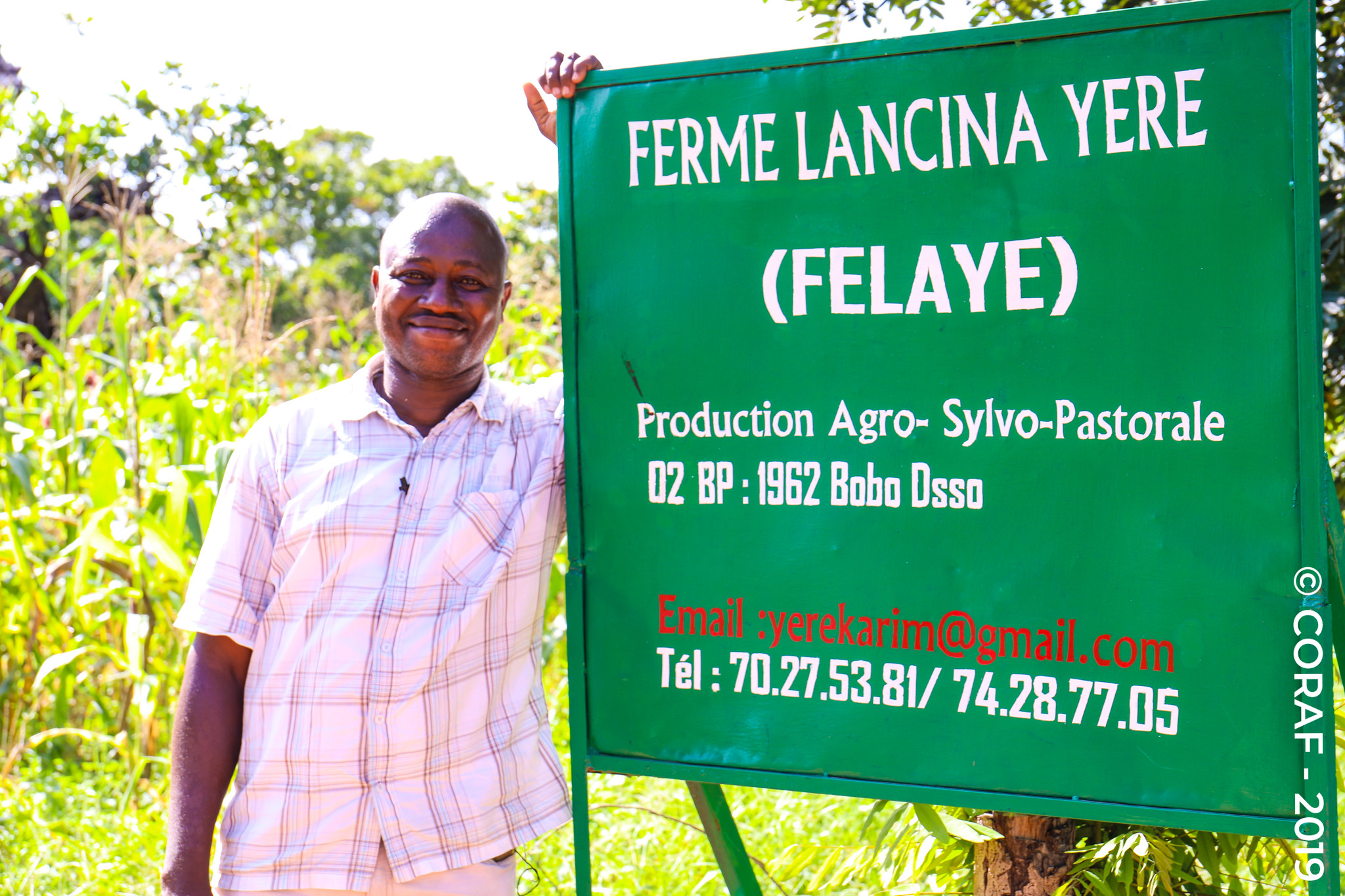 Karim Yere is one of the beneficiaries of the Nurturing Enterprising Youth in Agricultural Technologies (NEYAT) program, a program designed to spur youth entrepreneurship in agriculture. It is funded by the Islamic Development Bank and implemented by CORAF.

Based in Bobo Dioulasso, a town located in about 350 km south of Ouagadougou, Burkina Faso’s capital, Karim is considered today as one of a very successful young farmer. Upon graduating with a degree in agronomy, he started working for an NGO, but he kept an eye on the family farm. His job allowed him to gain experience and get access to agricultural equipment that he will then use on his farm.

“It wasn’t easy. I started with two traditional hand hoes that I bought for 750 FCFA each (USD2). This is something I will never forget,” says Karim.

Juggling between his NGO job and the work at the farm was becoming increasingly hard, to the point where the farm was getting neglected.

Then the NEYAT program came along and changed everything.

“A friend of mine told me about this program recruiting young people to train them in agricultural entrepreneurship. I applied. But I wasn’t really expecting anything. I was surprised and delighted when I received the email announcing that I was chosen among thousands of young people in the region,” explains Karim.

Led by CORAF and funded by the Islamic bank of Development, the NEYAT program was designed to fight unemployment by building the capacities of youth and helping them develop their businesses, especially in the agricultural area. The program aimed to identify and train young entrepreneurs with promising projects to help them launch and develop their agricultural businesses. Karim and the other mentees received online training and then met in Dakar in December 2017 for a training on business plans and other critical aspects of agribusiness.

“It was an eye-opening experience. I got to meet fellow entrepreneurs who faced the same challenges, found ways to overcome them, and became successful. It gave me a boost of confidence, in myself as well as in my project,” he says.

As soon as he got home, Karim went back to work on his farm. Armed with new knowledge and skills, he decided to act.

Karim started using one hectare on his dad’s land, planting bananas using the PIF technique he learned with NEYAT. He added papayas the first year and then expanded ever since. Today he farms on over 2.5 ha and earns 10 million FCFA (18,000 USD) of profit every year. His plan is to make five times more, exploiting the rest of the land his father left him.

“I would like to thank CORAF because they gave me confidence and helped me come back to my farm. I would ask CORAF to keep up the good work of helping youth. Training and following up the mentees are so important, and I think CORAF did a great job with our cohort.”

Like Karim, 22 others young agripreneurs have benefited from the NEYAT program, and the majority of them have developed their business.