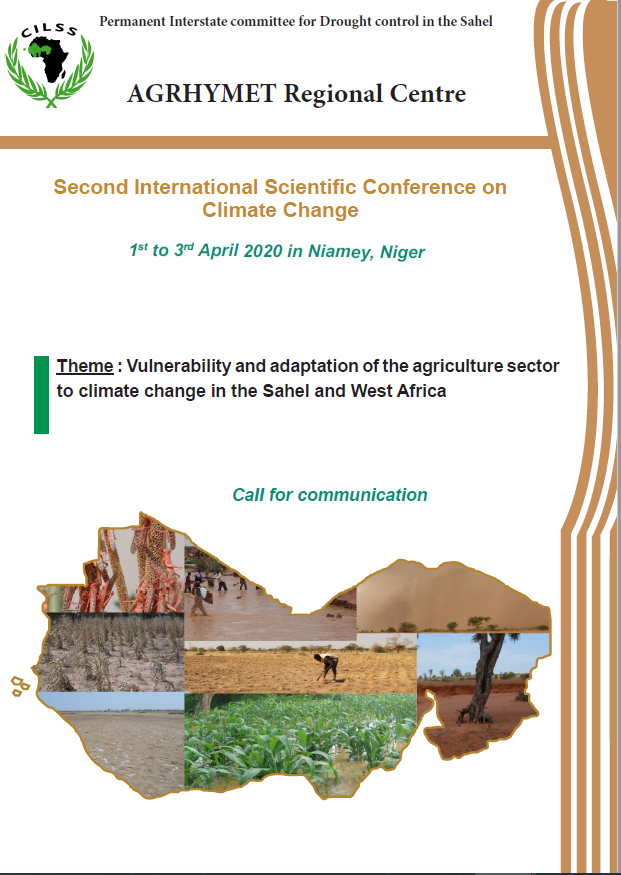 Sub-Saharan Africa, in general, and West Africa in particular, is considered as one of the most vulnerable regions to the effects of climate variability and change in the world. Indeed, extreme weather and climate events such as droughts, increased flood occurrence, shifting of the start and cessation dates of seasons, coastal erosion and land degradation are realities that negatively impact the livelihood of thousands of people in West Africa.
Climate change has a double impact on agriculture. First, a direct impact through the reduction of crop yields due to changes in temperature and rainfall, and then indirect impact due to effects on natural resources (vegetation, soils and water). For example, heavy rains and winds cause soil erosion and reduce carbon storage capacity, and the warming of the atmosphere results in a large increase in plant water requirements.
Adaptation of agriculture, forestry and livestock breeding to climate change and mitigation of greenhouse gases (GHGs) are urgent, not only to ensure food security, but also to contribute to global efforts to reduce emissions. The Paris Agreement signed by 192 countries mandated the 2015 Conference of the Parties (COP21) to take concrete steps to reduce GHG emissions. Thus, global warming could be limited, and the negative effects on agriculture reduced, in order to reach the Millennium Development Goals (MDGs) adopted by the United Nations.Without adequate adaptation measures, most of the progress made in recent decades in development and poverty reduction would be undermined.
The development and promotion of adequate adaptation strategies for the sub region is therefore a priority. The many initiatives undertaken at the national, regional and international levels are often fragmented and take into account climate change adaptation to varying degrees in agro-sylvo-pastoral and fisheries production systems. The ongoing process for setting up the Regional Climate Center (RCC) for West Africa and the Sahel falls within this framework. In addition, three major climate commissions have been set up by the African Union Commission to boost climate investments in Africa. Among these commissions, of the one for the Sahel region chaired by the President of the Republic of Niger, which has just adopted an ambitious investment plan in the order of 400 billion US dollars for the 2018-2030 period.