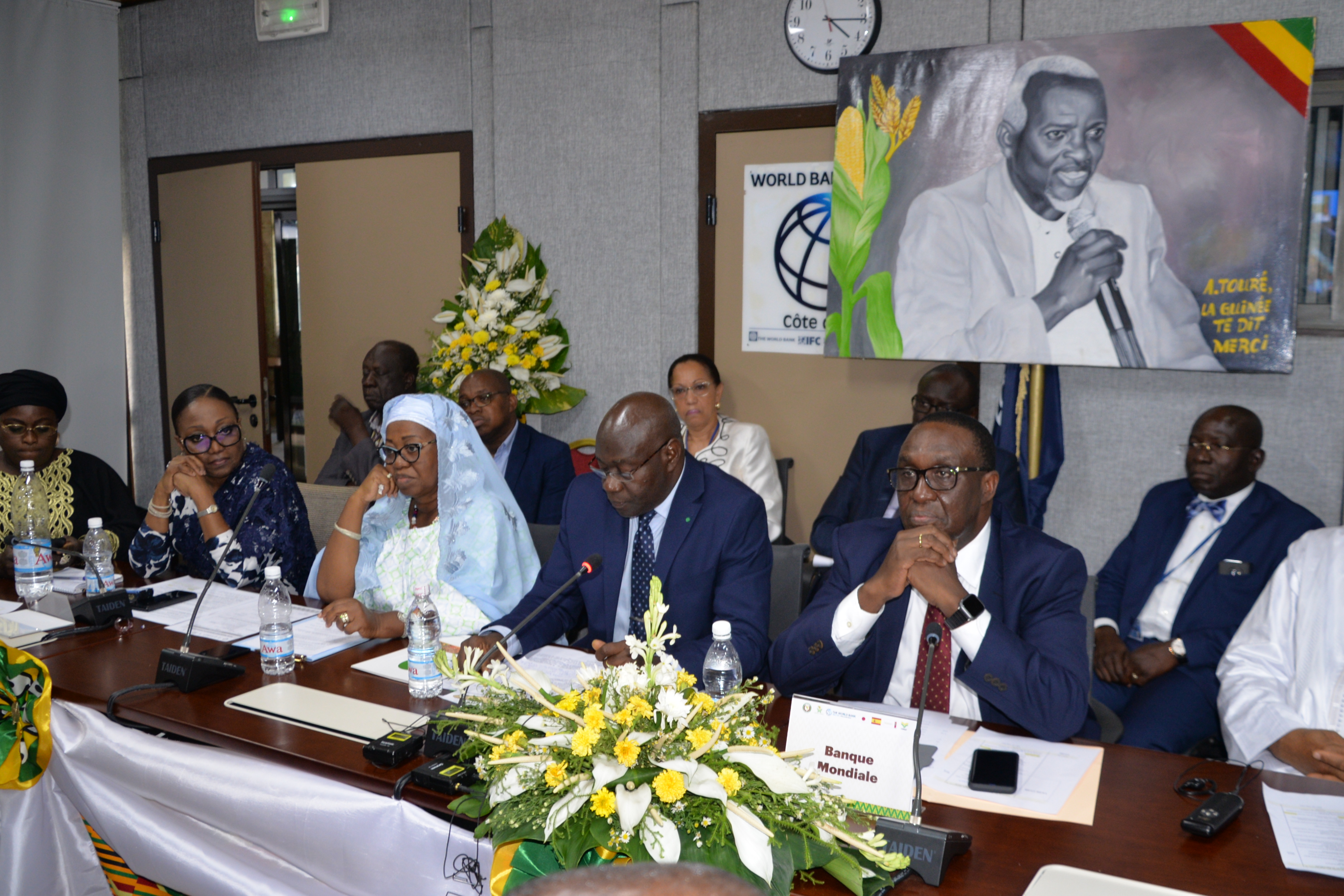 Friends, family members, and development actors from global, regional, and national institutions have paid tribute to Abdoulaye Touré, one of Africa’s foremost champion of agricultural research and development.

Abdoulaye Touré died on June 16, 2019, while serving as Lead Agriculture Economist and Task Team Leader of the West Africa agriculture Productivity Program (WAAPP), one of the World Bank’s most substantial investments in Africa.

At a ceremony to honor his memory held on November 20, 2019, at the World Bank office in Abidjan, Cote d’Ivoire, colleagues, friends, and family unequivocally praised his tireless commitment to the cause of lifting people out of poverty.

“The Only Regional Program that Works.”

Many development specialists join the charity sector wishing to make a difference in terms of alleviating poverty or solving some of the intractable challenges holding back countries from achieving equitable growth.

Abdoulaye Touré spent the last decade at the World Bank working on the West Africa Agriculture Productivity Program (WAAPP). The program’s novel approach to generating and disseminating innovations resulted in not only lifting millions of people out of poverty but also improving the livelihoods of poor farmers across the fields of West Africa.

The WAAPP generated over 230 technologies resulting in a significant increase in crop yields (30 percent for dry cereals and 150 percent for rice, fruit, and tubers).

About 1000 students got post-graduate certificates as a result of the program and are today contributing to furthering the research agenda of their respective countries and those of West Africa.

“The WAAPP is the only program of the World bank that works,” said Matien Van Nieuwkoop, World Bank Senior Director, Agriculture, and Food Global Practice.

The WAAPP was initiated by the ECOWAS in 2008 to make agriculture more productive, sustainable, and profitable for smallholder farmers.

“Many youths and millions of people benefitted from the generosity of Abdoulaye Touré,” said the Commissioner of Agriculture, Environment, and Water Resources of the Economic Community of West African States (ECOWAS), His Excellency Sekou Sangare.

Abdoulaye Touré was a global citizen in the sense that he worked in many West African countries, at the Headquarters of the International Fund for Agriculture Development and the World Bank Headquarters in Washington, D.C. But he was a native of Cote d’Ivoire.

“Abdoulaye Touré was a champion and an avid advocate of farmers. He loved farmers,” said Dr. Pierre Ackah Angniman, his friend of close to 37 years and presently Special Advisor to the Prime Minister of Cote d’Ivoire.

Are We Ever Going to Forget Him?

One of the persons who knew Touré closely is Simeon Ehui, the current Regional Director of Sustainable Development of the World Bank, Africa Region.

“Touré’s death has created a massive void. He stays in our minds, and I wonder if we are ever going to forget him,” wondered Simeon Ehui.

Ehui praised Touré’s kindness, magnanimity, and tolerance. Abdoulaye Touré was a practicing Muslim. But he would not hesitate to invite friends of Christian background to visit the sacred Muslim places of worship.

One of those who benefited from such an invitation is the World Bank, Senior official. Once on a mission at the Headquarters of the Islamic Development Bank in Jeddah, Saudi Arabia, Touré invited Ehui to visit Mecca, the holy land of Muslims. Ehui saw in that gesture an extraordinary spirit of tolerance.

“Abdoulaye Touré was very generous with his knowledge and experience. Not only did he coach younger staff, but he also helped improve the working environment in the World Bank. He is a big loss to the World Bank,” said Ousmane Diagana,the World Bank Vice President for Human Resources.

Gone but Values Live on

In an emotional yet uplifting testimony, Ms. Awah Touré, his wife, recalled a moment when her husband would dedicate his daily prayers entirely to implore the Almighty God to bless the people of northern Cote d’Ivoire with rainfall.

“He would wake me up early in the morning to pray for rainfall so that farmers can have high yields,” Ms. Awah Touré said of the time when they both lived in Korogho, northern Cote d’Ivoire.

“Though he may not be with us, we are comforted that his values were passed to many people. We are consoled because he impacted many people.”

Abdoulaye Touré died while working on a new World Bank project. The West Africa Agriculture transformation Program was envisaged to take on the infrastructure developed by the WAAPP to accelerate technology adoption. Many have questioned what the fate of the program would be.

“We can assure you that the World Bank will continue to focus on food security issues not only because it is critical but also a way to sustain Abdoulaye’s work,” said Havez Ghanem, World Bank Vice President for the Africa Region.

Ghanem praised the exemplary qualities and his astute professional qualities while promising to strengthen his work for the benefit of those most in need.

In recognition of the need to accelerate the adoption of technologies, the World Bank is currently mulling over the implementation of a new program that will build on the WAAPP infrastructure and focus on strengthening the resilience of people and communities to climate change.