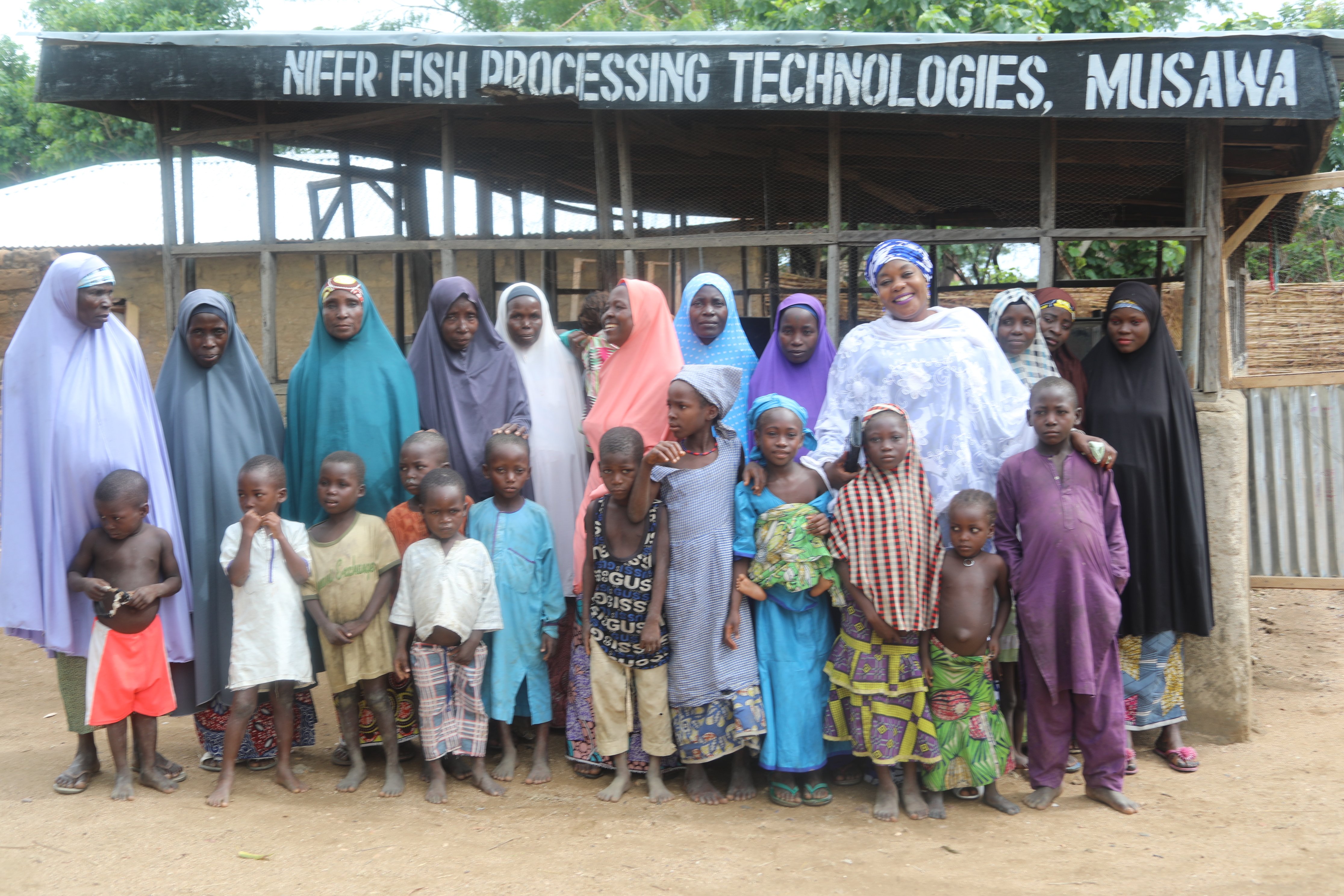 Incomes of women in rural Africa could sometimes be laughable as they tend to be considerably low for survival. For all their contributions to the upkeep of the household, they often have restrained rights and little or no voice in decision making.

Combined with cultural restrictions, they become more vulnerable. In Muslim-dominated communities such as northern Nigeria, some of the ‘cultural norms’ mean they cannot fully participate in income-generating activities despite their willingness to do so.

But in Busawa, Niger State, located about 500 kilometers north of the economic capital, Lagos, an empowerment program led by West Africa Agriculture Productivity Program (WAAPP) Nigeria has not only boosted women’s dignity but even changed their perceptions among men.

Hassana Douada, is a septuagenarian and Secretary of a women group cooperative in Busawa. Hassana benefitted from a smoking kiln, a technology devised by WAAPP to reduce waste and improve the income of users. WAAPP was implemented in Nigeria by the Aquaculture National Center of Specialization made up of three institutions.

In New Busan, the outreach efforts were led by the National Institute for Freshwater Fisheries Research (NIFFR). Women were also handed a loan which is rotated among its 40 members every three months to purchase more fish for smoking.

“Our profits have increased significantly as a result of the projects,” says Hassana.

“Not only have we seen an increase in revenue, but we have also been able to have additional money to purchase other protein foods as well as rice. Now, I support my family and proudly provide support during events,” she said with a smile.

“Now, I can compete with my peers. In fact, thanks to this project, our dignity has been lifted.”

Busawa is a largely Muslim village. Women are mostly restricted to household chores.

But with women starting to support their husbands on household issues, some have begun to encourage them to undertake fish smoking.

“I am one of those who did not like the idea of allowing our wives to work out of the home. But since the introduction of the project, my wife has been supporting in the upkeep of the household,” explains Abdouhaman souleymane, one of the leaders of the community.

For this dad of 15 children and 2 wives, the fact of having his wife bring home an extra income is a welcome relief.

“When my wife or the kids are sick, she not only goes to the hospital directly, but she also pays the bills.”

Souleymane is so convinced that he is gradually encouraging his peers to free their women to work on the smoking kiln.

“I will encourage others to do the same,” he says.

The results of the use of the WAAPP-devised smoking kiln have been so encouraging that some men are now allowing their wives to trade in the New Busan market. Married women are usually not allowed to go to markets unaccompanied. While they smoke the fish, the sale in the market is done by their kids or the older women.