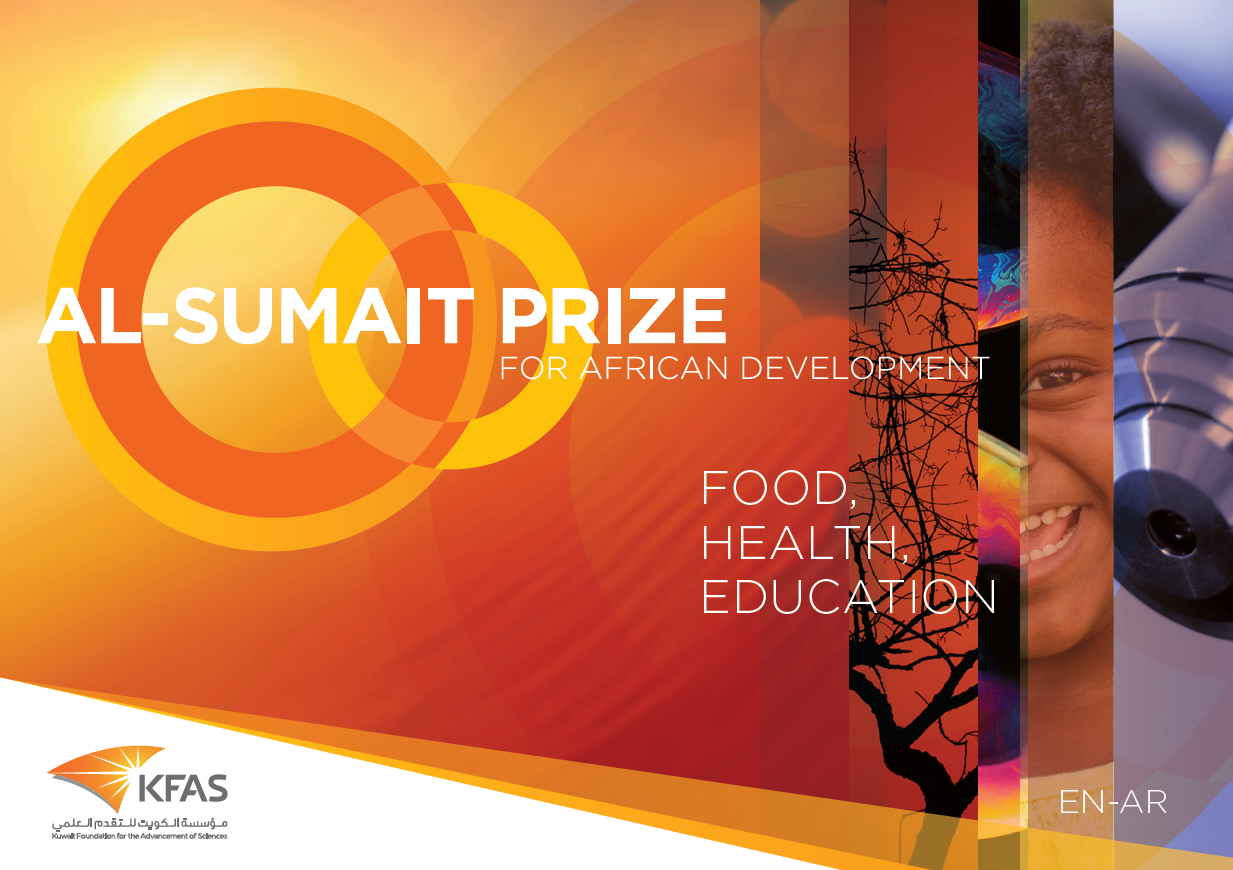 The Amir of the State of Kuwait, His Highness Sheikh Sabah Al-Ahmad Al-Jaber Al-Sabah, announced an initiative to the third African Arab Summit hosted by the State of Kuwait. This initiative described an annual award by the State of Kuwait for the advancement of economic, social, human resources, and infrastructure development in the African continent titled the “Dr. Abdulrahman Al-Sumait Prize”, after a Kuwaiti physician who spent his lifetime dedicated towards helping the poor in Africa in the field of health and education. The prize is to be awarded annually to individuals or institutions within one of the proposed three fields (Food Security, Health and Education), and has a value of $1,000,000 (One million US dollars). The Kuwait Foundation for the Advancement of Sciences (KFAS) and the Board of Trustees (BOT) for the prize will oversee the prize. KFAS will provide administrative and logistic support.
The objective of the prize is the appreciation, recognition of the best studies, scientific projects, applied research, and innovative initiatives, which within the announce field have made significant impact and lasting influence in advancing progress to economic and social development in Africa. The awarded projects should help African nations to overcome poverty, hunger, lack of potable water, injustice or to improve health care, literacy and the allocation of economic resources.

The subject for the 2019 prize is Food Security:

The prize is to be awarded to individuals or institutions who through their research projects or initiatives have made significant advancement within one or more of the following areas: