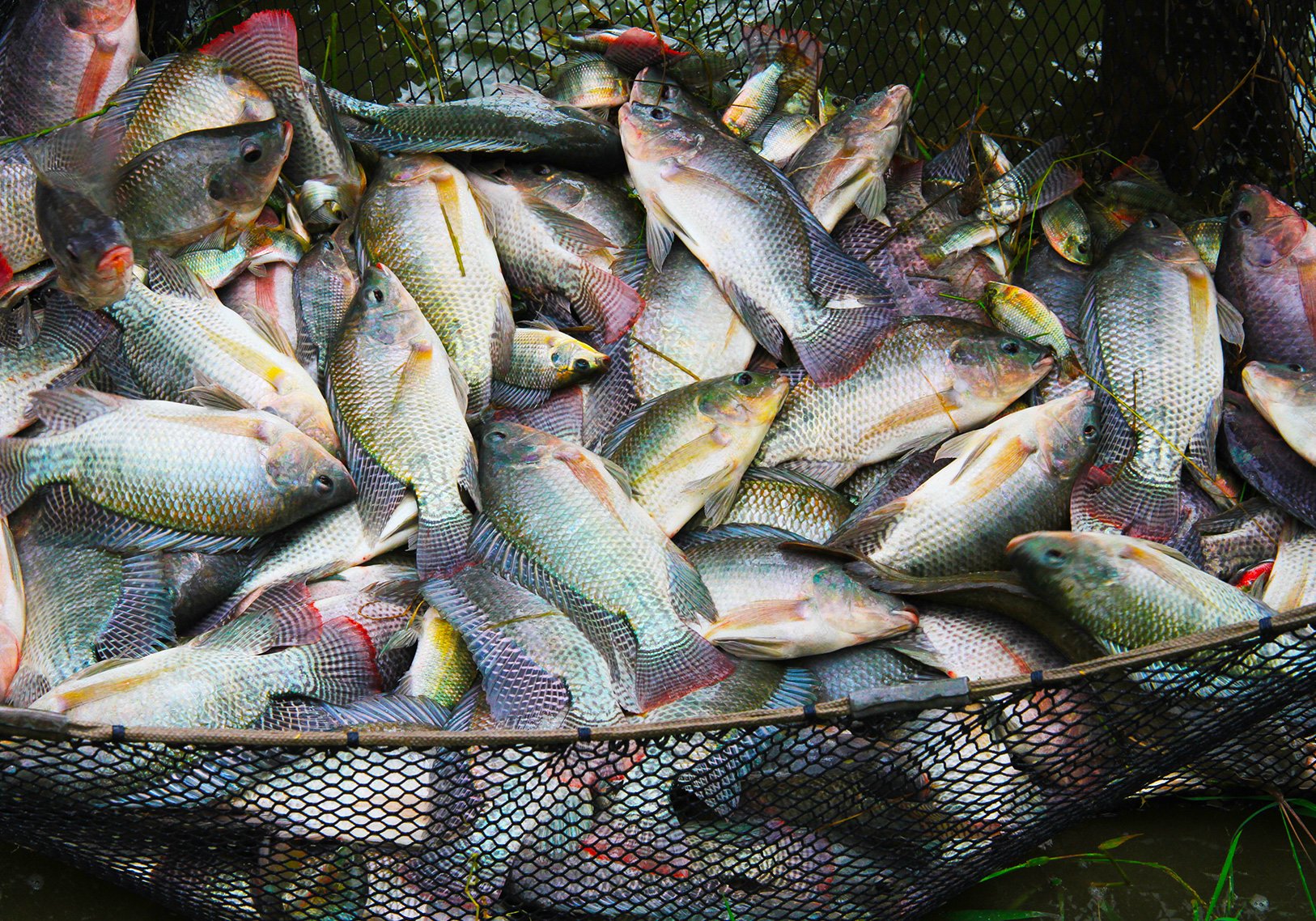 Until recently, fish farming was done primarily for subsistence in many parts of the central west region of Cote d’Ivoire.

But since the introduction of an ambitious project designed to boost aquaculture and animal genetic in eight West African countries belonging to the Economic and Monetary Union (WAEMU), fish farmers are blossoming and turning fish farming into a business.

The project is implemented by Burkina Faso-based International Research and Development Center on Livestock in Subhumid Zone (CIRDES) under the coordination of CORAF. WAEMU provides the roughly 500 million FCFA (USD 1 million) funding.

So far, yearly production is doubling and, in some cases, tripling to the point where most farmers are now prioritizing fish farming over other crops such as cocoa, rubber, and cashew nut. Armed with new knowledge, skills, and suitable land, many now see new profitability trajectories in the horizon.

Transitioning into a Business

“With suitable land, I realized that I could practice pisciculture to meet my family needs. I dug up a fish pond in my cocoa farm. At first, we fed them with banana, pawpaw, rice, and any other food that we could get. We thought you could feed fish with any food and at any time of the day. As a result of practices, the fish took longer to grow,” said Gnokoua.

Despite the inappropriate practices, he still managed to produce enough to handle his family needs as well as the demand from some in his community.

“I realized that there was demand. The money I earned from selling fish was used to handle my other expenses including house rents. That is when I realized that fish farming could be profitable.”

But with artisanal fish farming practices, it was challenging to expand and become a profitable business. Between 2013-2016, Gnokoua mostly raised fish to handle family needs.

“With knowledge from PROGEVAL and other fish farmers, I changed my practices. I reviewed all my infrastructure including re-digging my pond to the right depth. I learned and better understood the different types of fish including the tilapia and catfish. PROGEVAL taught me critical aspects such as water filtration and aeration, maintenance, netting, cages, ponds, feeds, etc.” he says.

From under a pond, Gnokoua and others are now producing six tons which they sold at about 8 million FCFA (USD 16000) in 2018.

As the festive period marked by the feast of Christmas and new year, they are planning on releasing about ten tons to the market.

“Without the knowledge and the new practices, we will not have been able to have two cycles per year,” he adds.

“Successful fish farming depends on the right ratio of depth to the length of ponds and cages, the correct ratio of volume to the number of fish, proper drainage or water filter, etc. Once you do all these, there is a high likelihood that tilapia fish will take less than six months to be ready for consumption or attain the right size,” Dr. Cyrille Kouassi, PROGEVAL National Coordinator in Cote d’Ivoire.

Dr. Kouassi is a passionate fish researcher based at the Bouake regional station of the National Center for agriculture research of Cote d’Ivoire.

Fifty-year-old Mahamady Konkobo is from Burkina Faso. He was born in Cote d’Ivoire in 1968 and moved to Soubre in 1974 where he initially joined his parents in cocoa production. This father of seven with three wives worked for decades on cocoa production. Like other farmers, he started fish farming in 2015.

Since taking some training from experts of PROGEVAL, it is no longer business as usual.

“Initially, my fish ponds and cages did not meet the right lengths and depths. Thanks to new knowledge and skills acquired from PROGEVAL, I had to re-do my cages and ponds. We now have an improved drainage system as well as the right feed,” says Mahamady Konkobo.

In September 2018, he sold one ton of fish amounting to close to 2 million FCFA (USD 4000). Based on his business plan, he will release into the market another ton before the end of 2018 where is expecting another 2 million FCFA.

Mahamady Konkobo sees a higher profit from doing fish farming compared to cocoa. “You can cultivate 11 hectares and not generate 2 million FCFA.”

The profitability and attractiveness of fish farming have led Mahamady Konkobo to start planning to expand operations in Bobo Diolasso in Burkina Faso.

He says he is discussing with one of the mayors of Burkina Faso to obtain land to expand his operations.

Fish farming may not be new in this region. But for many years, farmers practiced using traditional and artisanal methods. Some of these included using rice to feed the fish, having ill-equipped ponds, using unhealthy feeds, etc. With these practices, most did not expect a considerable harvest, and as a result, the yield was mostly used for family purposes and very little sold to the market.

But armed with new skills and knowledge, Alain Boli Bi, a 48-year-old for office assistant changed his fish farming methods. Today, with about 34 ponds on about 8 hectares, he has understood improved ways to do business.

“Fish farming is a science. You cannot do all the aspect of fish farming independently,” says Alain Boli Bi.

“For us to succeed, we have to plan the business as we do with other sectors. That is the only way you fully invest in the sector”

Cote d’Ivoire needs about 400.000 tons of fish yearly to meet demand. But presently, production is estimated at 70.000 tons per year. This represents almost an 80 percent gap to be filled. For the most part, the gap is met by imported fish mostly from China.

Experts argue that through fish farming, they can close the gaps. Right now, fish farming generates only 4000 tons of fish per year.

“There is a very high demand, everyone needs fish, but unfortunately, we cannot produce enough to satisfy the demand” argues Gnokoua.

The Innovation Platform Making the Difference

Fish farmers in Soubre, located about 400 from Cote d’Ivoire’s economic capital, Abidjan and other actors of the value chain have since 2016 come together under an arrangement which allows them to learn new practices from researchers as well as exchange on their challenges and collectively seek solutions.  This technology dissemination approach is known as innovation platforms.

In Soubre, the actors on the platform include fish farmers, sellers, researchers, government officials, the private sector and other critical actors who often meet to examine and tackle all aspect linked to the fish farming sector in the area of operation.

“About a year ago, we were not organized. But since we got ourselves together, we have noticed that the sector is profitable,” argued Bayala Odette, one of the first female fish farmers of Soubre.

“When we started the project, what we noticed was that most of the practices were artisanal. We trained them on new methods. And we have seen encouraging results, and now many are starting to look at this as a business,” says Dr. Khady Diop, the project coordinator based in CORAF in Dakar.

As the project draws to the close, the regional coordinator, Dr. Charles Dayo recalls that his proudest achievement is the increasing awareness of fish farmers that they can transition from producing for personal consumption to large-scale production for business purposes.