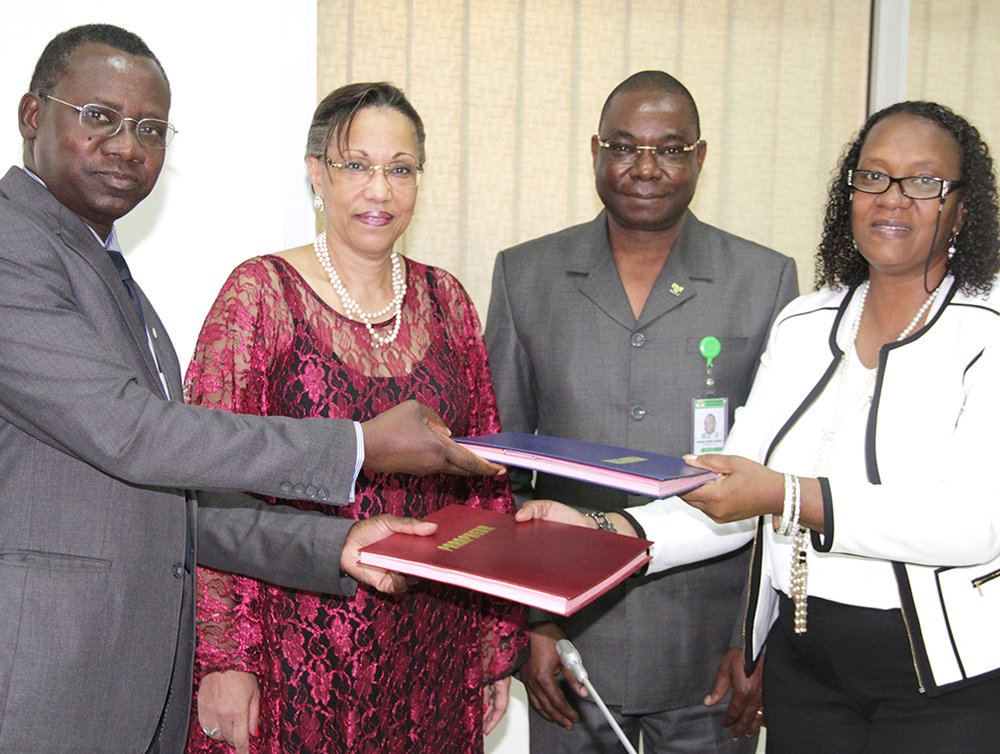 Dr. Moreno took over at a ceremony at CORAF Headquarters in Dakar, Senegal on Wednesday, July 11, 2018.

The agricultural economies of West and Central Africa are currently facing many challenges including the weak adoption of technologies, growing gender disparities, climate change, youth unemployment, migration, nutrition deficiencies, and inadequate access to trade and markets.

CORAF in its new long-term strategic plans has pledged to provide innovative and smart solutions to enable the 430 million living in the region to cope with these issues.

The 2018-2027 Strategic Plan and the 2018-2022 Operational Plan details the new direction and outlines the pathways to make CORAF more results-oriented and impact-driven for the benefit of communities.

The new chair has as primary responsibility leading CORAF to implement these plans to curb poverty in West and Central Africa while transforming the agriculture industry.

“CORAF must project itself not as a scientific organization, but more as an organization capable of delivery impact to its constituents,” said Dr. Moreno at the handing over ceremony.

While acknowledging the enormity of the challenges facing CORAF, the new Chair of the Governing Council said with determination, CORAF can surmount the difficulties. She exalted all actors within the CORAF ecosystem to mobilize to deliver innovative results to those facing the brunt of poverty.

“The best measure of our success is the number of lives we change.”

Dr. Moreno becomes not only the first female Chair since its inception in 1987 but also the first researcher from Lusophone Africa to lead CORAF. CORAF membership covers the 23 Portuguese, French, and English-speaking West and Central African countries.

Dr. Moreno was elected Chair at the twelfth General Assembly which held in April 2018 in Dakar. She replaces Senegalese-born, Dr. Alioune Fall under whose leadership many reforms were undertaken.

Governments in West and Central Africa depend on science, technology, and innovation to provide catalytical solutions to address emerging challenges facing agriculture.

As Africa’s largest sub-regional research organization, regional actors including regional economic communities rely on CORAF to deliver robust evidence, analysis, and adaptable technologies to spur the growth of the agriculture industry on which most of their economies depend.

CORAF depends on contributions from member states and donors for funding. The five-year operational plan is expected to cost USD 60 million.

Central to the responsibilities of the new Chair will be raising money to fund these plans as well as guiding CORAF to a new trajectory of organizational efficiency and financial sustainability.

“CORAF must put an end to organizational instability and positional itself to tackle the challenges facing the region,” said Honorable Gisèle D’ALMEIDA, President of the Interface Network and Member of the Cape Verdean Parliament. Ms. d’Almeida is an outgoing member of the Governing Council of CORAF. She served as Chair of the Audit Committee and brought critical private sector focus to the management of CORAF.

Hon. d’Almeida was in CORAF to preside at the handing over ceremony witnessed by its Executive Director and staff.