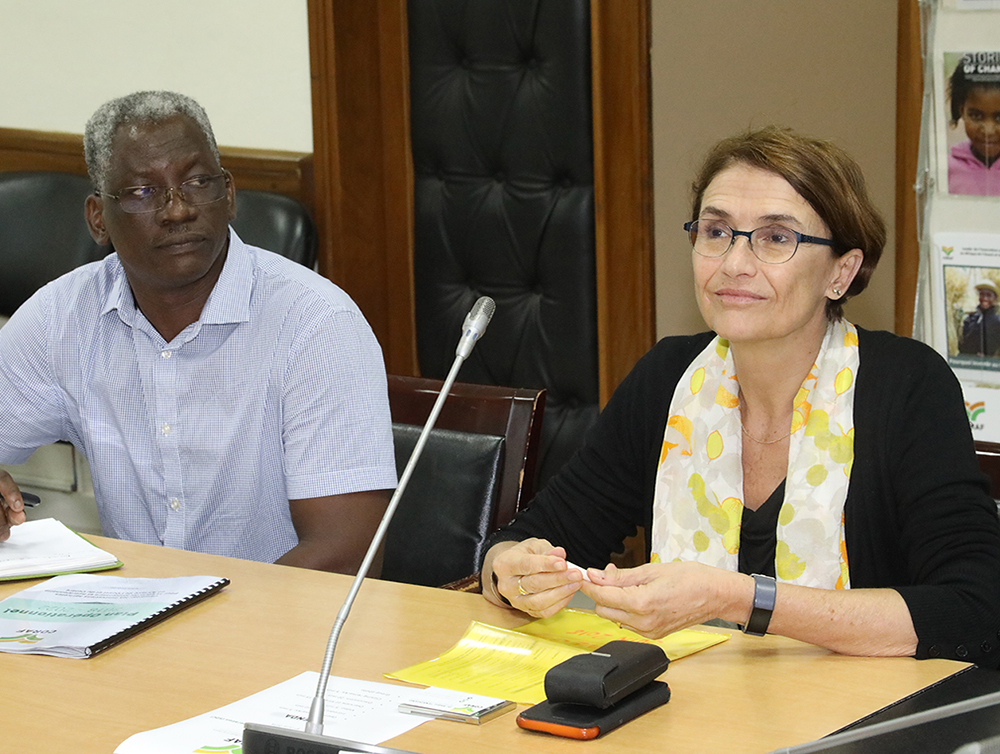 Two senior officials of the Swiss Agency for Development and Cooperation (SDC) recently visited CORAF. Their mission was to learn about the organization’s new strategic direction and also identify potential areas of collaboration.

The team was led by Ms. Elisabeth Pitteloud Alansar, Director of Cooperation at SDC and based at the Swiss Embassy in Ouagadougou, Burkina Faso. Mr. Pascal ROUAMBA, SDC’s Regional Advisor on Rural Development was also part of the delegation.

“Research centers have generated so many innovations and technologies without a commensurate scaling up. The question then becomes: how do you get the innovations from the research centers to producers?” said Ms. Alansar during an hour-long discussion with CORAF officials at its Dakar Headquarters.

SDC has a track record of supporting agriculture from a production perspective. Its new focus is on transformation.

After ten years of working on increasing agriculture productivity in West Africa, CORAF is shifting focus to the transformation of the agriculture industry in West and Central Africa. One of its upcoming flagship programs, the West Africa Agriculture Transformation Program has a central thrust accelerating the adoption of existing technologies and innovations to achieve food and nutrition security.

Following the discussions, both parties agreed to focus their future collaboration on areas that are both aligned to SDC and CORAF’s core priorities in the region. Some of these areas include potentially youth employment, climate change, gender, and preventing the massive migration of youths to unknown destinations.