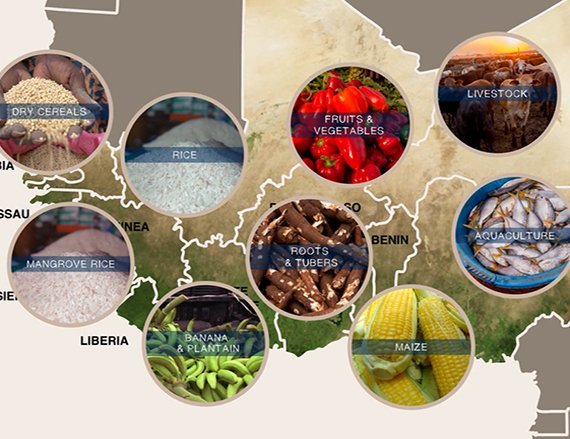 A research center focused on dry cereals has been given the critical nod of approval to lead extensive regional research efforts designed to identify and develop suitable drylands cereals-related technologies and varieties.

This follows the official upgrade of the Centre for the Improvement of the Adaptation to Drought (CERAAS) in Senegal and a cluster of other specialized research institutes to a regional center of excellence (RCoS) on dry cereals.

Graduation to a regional center of excellence under the Economic Community of West African States (ECOWAS) allows for a significant mobilization of resources to examine a priority commodity in West Africa and allows for greater collaboration and broad dissemination of results.

“They can participate in calls for competitive funds and can mobilize from across the region required talents and skills to implement their research agenda,”

The Roots and Tuber center has also qualified for an upgrade to an RCoS. Among the center’s achievement export of a new cassava variety to Senegal. Recently, producers from Thielle in Senegal expressed satisfaction with the performance of the new cassava named “sika” in the local language. Experts say it generates three-times the yield of the convention cassava variety used by farmers in Senegal.

These centers were established under the West Africa Productivity Program (WAAPP), a flagship of ECOWAS and implemented by CORAF.

Each center had between 5-10 years from its creation to mutate to a regional center of excellence based on a set of pre-defined conditions. Some of these criteria include having an agriculture research framework, infrastructure, and logistics to conduct quality research, a work program that addresses national and regional demands, qualified expertise to do research, contribution to strengthening national research systems, a governance system, etc.

Since its creation, the specialized center on dry cereals has devised over 20 technologies, five and two new varieties of beans and sorghum respectively. As part of its research on climate-smart varieties, the center developed groundnut and cowpea variety options that are today helping farmers adapt to effects of climate change. Eight permanent researchers work for CERAAS while 70 others support the implementation of the research plan.