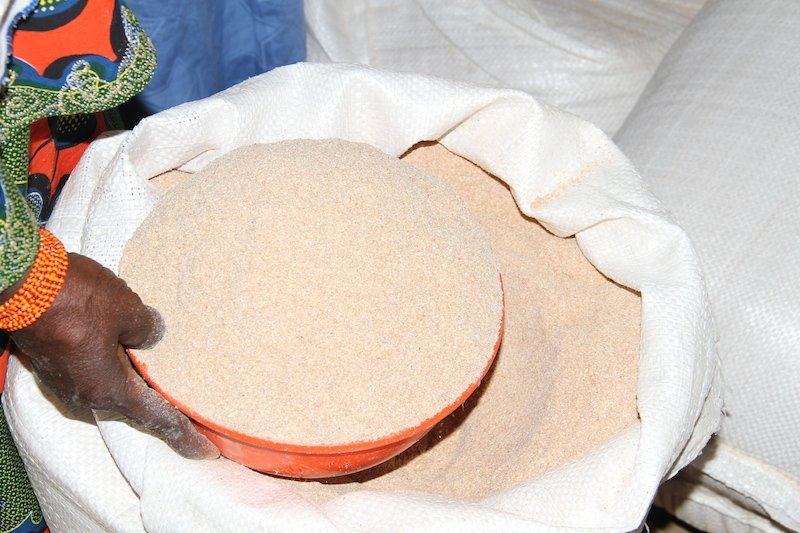 Producing enough cereals to improve the livelihoods of the people of West Africa has been considerably hampered by climate change, land degradation, and average grain yield.

At one of West Africa’s specialized centers focused on dry cereals, researchers are busy developing new technologies and varieties to tackle the challenges associated with scaling up production of cereals in the region.

To the center’s credit, groundnut and cowpea have already found climate-smart options that are now helping farmers adapt to effects of climate change.

On a visit to Dakar recently to participate in the China Investing in Africa Forum, Dr. Juergen Voegele, The World Bank Group’s Senior Director of the Food and Agriculture Global Practice and other officials of the region stopped by in Thiès and Bambey to further understand how the center works. Central to their visit was also to learn lessons for potential replication in other areas of Africa and elsewhere in the world.

Set up as a research hub with specialization on dry cereals, this center brings together key players in the food and nutrition chain in Senegal and across West Africa to devise solutions that are adaptable to farmers and those involved in the agriculture sector.

“Climate change severely affects the farming chain in Senegal and West Africa. Since 2008 when the center was established, it has developed climate-smart technologies that are currently contributing to improving the livelihood of farmers,” says Dr. Abdou Tenkouano, Executive Director of the West and Central Africa Council for Agriculture Research and Development (CORAF).

“It has also provided a platform for the exchange of useful information among all players in the food chain in Senegal and West Africa.”

The West African Agriculture Productivity Program (WAAPP) is responsible for the implementation of this flagship program of the Economic Community of West African States. Funded by the World Bank, the program is technically coordinated by CORAF.

Overall, the WAAPP operates nine specialized centers in West Africa which are currently being upgraded into regional centers of excellence. Out of their work, about 200 technologies and innovations have been released, disseminated, and adopted to improve the food systems in West Africa.

Learning from the WAAPP Model

Experts have described the nine years implementation experience of the first phase of WAAPP in 13 countries in West Africa as a success.

World Bank senior officials would like to see an exchange of experiences to improve similar interventions in other regions of Africa.

The Word Bank Practice Manager, Central, Eastern and Southern Africa, Dr. Dina Umali-Deininger who was also part of the visit to the CORAF Dry Cereal Center suggested joint supervision and wrap up missions in future.