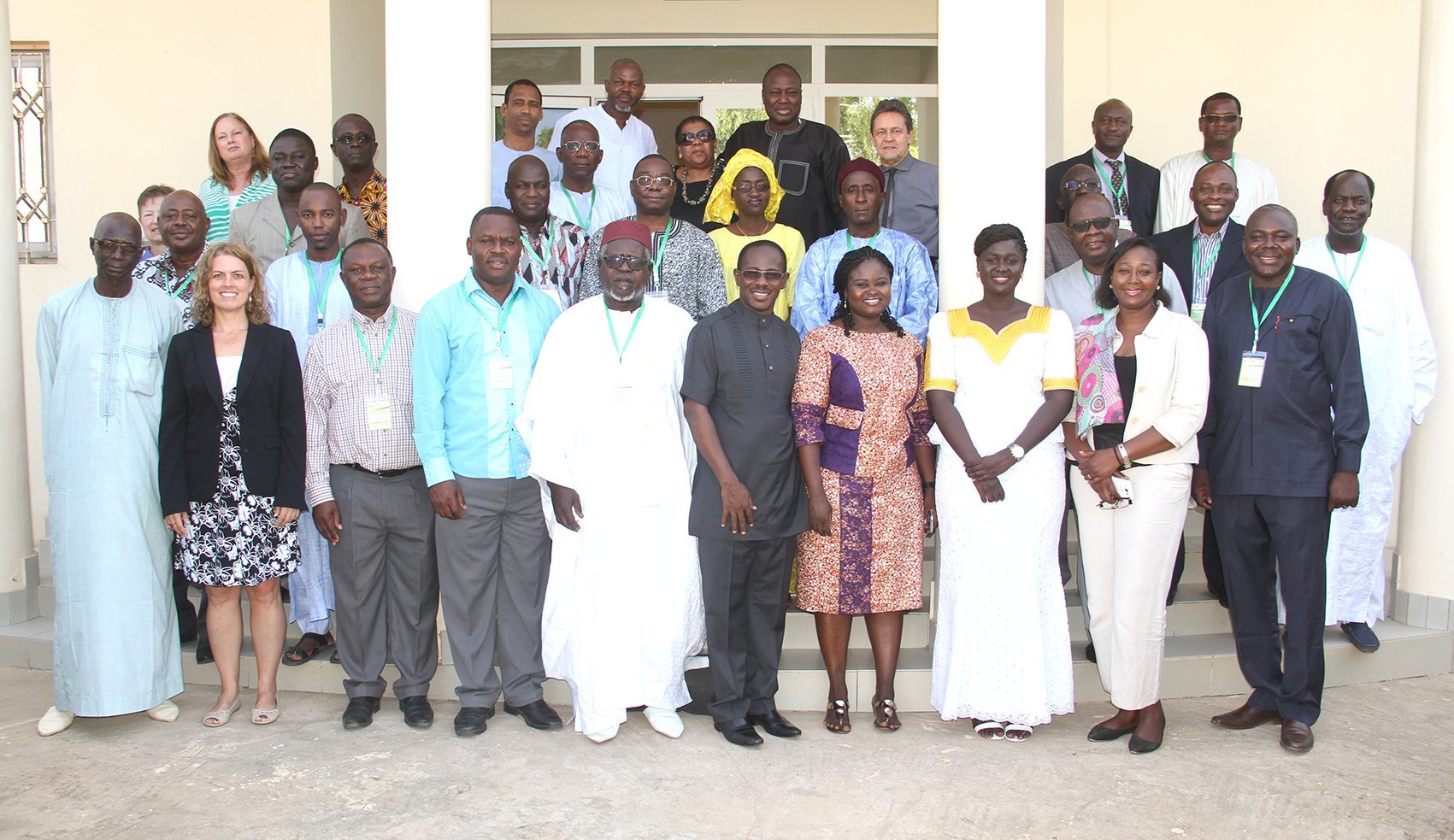 The West Africa Seed Program (WASP) of CORAF/WECARD held its third Meeting Consortium of partners from 20 to 21st October, 2016, in Dakar- Senegal with an objective to improve the governance in the development of the seed industry for accelerated growth within the ECOWAS-UEMOA-CILSS Region.

Thirty-five participants from the various partner and stakeholder groups in the seed, fertiliser and pesticide sectors constituting the WASP Consortium attended. These were the Regional Organizations (ECOWAS Commission also representing the UEMOA Commission), Inter-Governmental Organization (CILSS), CORAF/WECARD, Technical and Financial Partner Group represented by the USAID-WA Mission, CGIARs (IITA, AfricaRice and ICRISAT), the Africa Seed Trade Association (AFSTA), the Regional Farmer-Based Organization (ROPPA), Hub Rural , AGRA, IFDC, Syngenta Foundation, the Kwame Nkrumah University of Science and Technology (KNUST) and the WASP Mid-Term Evaluation Consultants. The meeting provided an opportunity to examine the advances made and challenges encountered over the past four years of implementation in achieving WASP objective. The meeting helped provide an orientation for the Financial Year 2017 Workplan, considering the program completion processes and for soliciting ideas to design a holistic agri-input program for the region.

Therefore, Dr Abdou TENKOUANO, the Executive Director of CORAF/WECARD, acknowledge the fact that Third Annual Meeting of the Consortium is coming up at this particular time when the ECOWAP+10 and the New Generation of the Regional and National Agricultural Investment Plans are being designed.

The Executive Director also commended the efforts of the consortium including the development of the strategy which resulted in 2012, an award to implement the WASP/PSAO from the USAID Mission in West Africa and in leveraging funds from the World Bank and WAAPP to provide seeds and technical guidance to the Liberia, Sierra and Guinea in support of their Agricultural Rehabilitation Programs and (iii) to implement a seed program, PAPROSEM under ROPPA. Additionally, in 2015, CORAF/WECARD received funding from USAID for a program expansion to upscale rice seed supply and use in the region, in support of the ‘Offensive Riz’ an ECOWAS Initiative.

“The WASP Consortium of Partners has consistently contributed to the effective implementation of the ECOWAS-UEMOA-CILSS Harmonized Regulation through the formulation of recommendations and continued support to Member States over the past five years. As an outcome of this joint force, the governance of the regulatory system among ECOWAS-UEMOA-CILSS Member States has significantly improved” he said.

The Consortium of Partners was established in 2012 to coordinate and support the work of the West Africa Seed Program by playing a central role in formulating the Strategy to address the challenges confronting the seed sector to ensure adequate supply of quality seeds to farmers in the region.

Foremost, the ECOWAS Director in Charge of Agriculture, Mr. Alain Sy Traore recalled a letter referenced ECWREL/010/CAER/E43/13/fne, and dated 27 March 2013 from the ECOWAS Commission entrusting CORAF/WECARD to coordinate the establishment of the National Seed Committees (NSCs) in the 17 ECOWAS-UEMOA-CILSS countries and to manage the West Africa Seed Committee (WASC/COASem) secretariat for a provisional period of five years.

As an outcome of the meeting, the ECOWAS Director in Charge of Agriculture, expressed his satisfaction of the WASP achievements since the last consortium meeting held in 2014. “CORAF/WECORAF/WECARD has to evolve into an Institution with specialization on seed and take the leadership role in all seed related issues in the sub region” Mr. Alain Sy Traore stressed.

The third annual consortium meeting ended up with strategies on pooling efforts and greater synergy among West Africa Seed and Agri-inputs Stakeholders and to strengthen the collaboration between CORAF/WECARD and the West Africa Fertilizer Programme of IFDC, which will be facilitated by the cooperation framework agreement signed last month in Lome, between CORAF/WECARD and IFDC.

The Consortium of Partners also reaffirmed their commitment and support to the planning process towards the design of an anticipated Agri-Input Program.