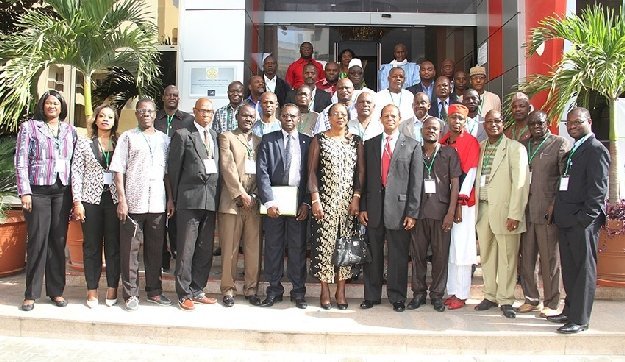 “Demand for meat production in 2013 amounted to 3.2 million tons and that of milk to 5.0 million tons. These demands are not effectively met and the region is still depending on importations. As a solution, harnessing animal biodiversity by the use of animal genetic resources can be a sustainable way to increase agricultural productivity and enhance food and nutrition security of populations in the sub-region”. Those are the key findings of the study entitled “Identifying of proposals for the development of a harmonized regulatory framework for the circulation and use of animal genetic material in the ECOWAS region” conducted by CORAF/WECARD.

From 5 to 6 April, 2016, stakeholders ranging from National Coordinators and/or Focal Points for animal genetic resources of ECOWAS, producer organizations and the private sector are gathered in Dakar, Senegal to validate the technical and legal proposals of the study for the development of a regional regulatory framework on the circulation of animal genetic material in the ECOWAS region.

CORAF/WECARD, sub-regional Focal Point for the Sustainable Management of Animal Genetic Resources is mandated by ECOWAS to conduct this study through its regional program WAAPP, as there is an urgent need to regulate the circulation and use of animal material. “This animal genetic material can be of intra-regional origin or from imports from other regions and in both cases, circulation and use of animal material must be regulated by legislation to optimize zootechnical performance and human and animal health protection.” said Dr Alioune FALL, Chairman of the Governing Board of CORAF/WECARD.

Recent trends in livestock farming systems of West African countries are characterized by a risk of genetic dilution of local breeds, with the introduction of exotic animals or their semen, to significantly increase the level of livestock production to meet the demand. In addition, animal biodiversity is threatened by the effects of climate change, wars and social conflicts as well as persistence of animal diseases. The intensive livestock farming systems that are developing are characterized by an increased use of improved animal genetic material (animal seeds, embryos, outstanding animals).

The use of high-performance animal genetic material is therefore a crucial precondition for a rapid and sustainable increase in animal production in West Africa. This animal genetic material can be of intra-regional origin or from imports from other regions. In both cases, circulation and use of animal material must be regulated by legislation to optimize zootechnical performance and human and animal health protection.

The West Africa Agricultural Productivity Program (WAAPP) coordinated by CORAF/WECARD aims to generate and disseminate among other, proven technologies in agro-sylvo-pastoral priority sectors among which the livestock sectors (cattle-meat and milk).