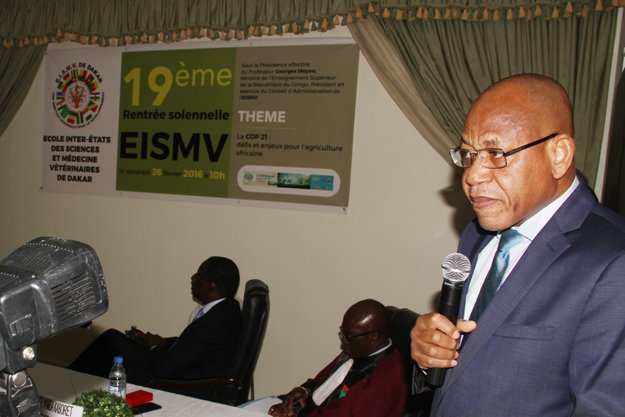 The Inter-State School of Veterinary Sciences and Medicine (EISMV) in Dakar launched its 19th the academic year 2015-2016, on Friday, February 26, 2016 at its Headquarters.
Several guests including former Directors General of EISMV, technical and financial partners and the Chairman of the Board and the Executive Director of CORAFWECARD were present at the ceremony. 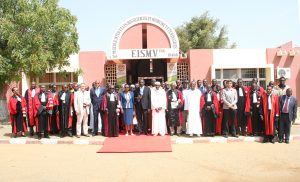 This year, EISMV has selected CORAF/WECARD to pronounce the inaugural conference on the theme: COP21, challenges and issues for African agriculture.
Before the inaugural conference, the new Director General of IESMV, Prof. Yalacé Yamba Kaboret took stock of the past year before highlighting areas of work for the New Year while stressing the diagram of operation he is intending to implement during his term.

This speech was followed by a delivery of certificates to the valedictorian students for the academic year 2014-2015. The former Directors General of EISMV and retired lecturers were recognized for service to the school.
The highlight of this ceremony was the inaugural lecture delivered by Dr Paco Sérémé, Executive Director of CORAF/WECARD on the challenges and issues for African agriculture after the COP21 in three major areas: (i) the challenges of intensifying of climate change and its impacts, (ii) the global response to the threat of climate change and (iii) initiatives of CORAF/WECARD for mitigation and adaptation to climate change. 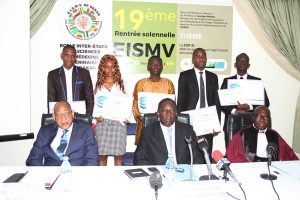 According to the speaker, Dr Paco Sérémé, “For our continent, Africa, the last of polluters to 4 percent, it is ultimately strengthen our capacity to adapt to the phenomenon and mitigate its serious risks and consequences, especially in the “great and long adventure” in which we resolutely rushed as sustainable development and the fight against poverty in African populations in general, and, in a strange way, those our West African sub-region and center. ”
He concluded by stressing the fact that COP21 is an opportunity for Africa to adapt to climate change, saying, “Seeing suffer the brunt of the worsening of the pace and magnitude of climate change which affect to achieving the development goals of the various countries of the continent, the African Group, through its political coalition negotiations within the UNFCCC, could only defend and support the noble cause of COP21. In this regard, can the COP22, the next of Marrakech in Morocco and African soil as those that will succeed, take this giant bull by the horns to bring him down, or at least weaken, through bold and concrete measures “.